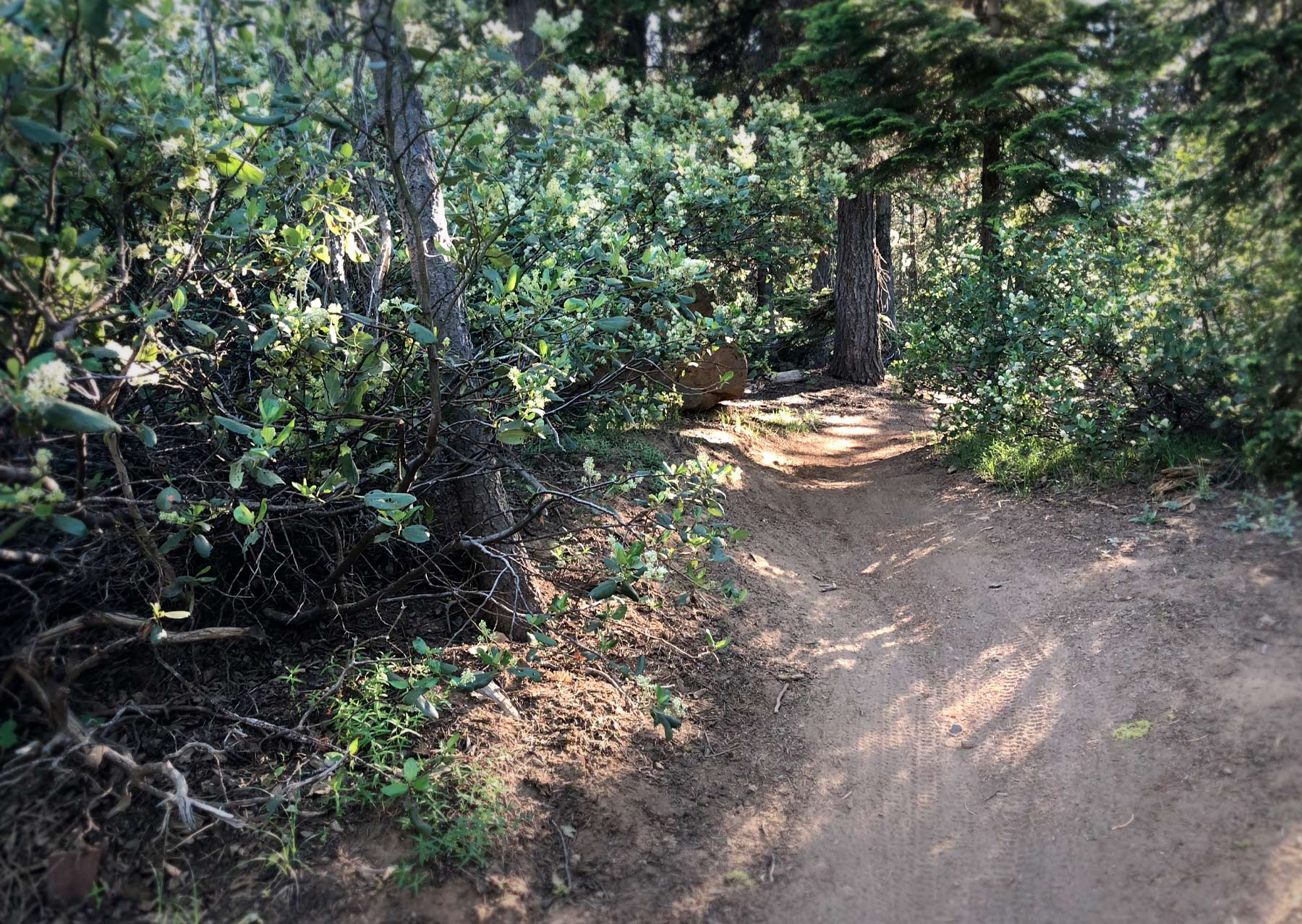 I was recently in McCall Idaho riding a loop around Loon Lake (an IMBA Epic ride). The ride started out on miles of ATV road (listed as singetrack) that was a 6′ wide sandpit. It really had me questioning the EPIC-ness of this ride! The day previous I used the Adventure Map for the same region and rode to a trailhead which was also listed as Singletrack. It was an ATV corridor (6-8′ wide) with an unbelievably steep, sandy climb that I gave up on after a few miles. Grrrr! 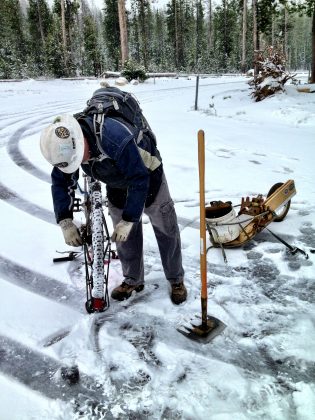 Setting up at Swampy to clear trail in early spring with COTA.

Turns out most of the trails in the McCall area are open to both MTBs and motos (and probably horses and hikers). After some research I found out it’s the moto users who clear the trails each year – and the local mountain bikers consider this a good trade.

All this got me to thinking of how special Central Oregon is. We have hundreds of miles of singletrack (vastly more than McCall, Idaho) and these trails are cleared by mere mountain bikers.

Yes, we have more mountain bikers and a more active trail alliance than McCall Idado – so I can’t say the system we have here would work there. Either way – I think it’s a privilege to be able to legally clear trails by hand with nothing more than a MTB and a hand-saw.

Let’s look into how trails are cleared on our local trails.

Oops, I broke the tip!

There are a handful of certified sawyers (within COTA and elsewhere) who clear many trails each spring and throughout the year. Literally thousands of trees. Trails like Sector 16 and Edison Lava typically have hundreds of down trees each spring. Basically everything above the Phil’s area will have significant deadfall. These fine people do the work in their spare time with friends. COTA doesn’t typically organize trail clearing days (like Central Oregon Nordic Club), so you might have a hard time helping with one of these crews. The work is not advertised.

The rest of the work is done with handsaws by various trail users.

Note: Clearing deadfall can be dangerous. Ideally you will receive training via COTA or the Forest Service before you go out and start clearing down trees.

I often carry a handsaw in my pack early season and clear trees as I find them. My personal favorite hand saw is the Silky Bigboy (#ad). It’s a 14″ blade which will cut the majority of trees you will find blocking the trail, and it fits in your backpack.

Some important (and non-official) things to note when clearing a tree from a trail: 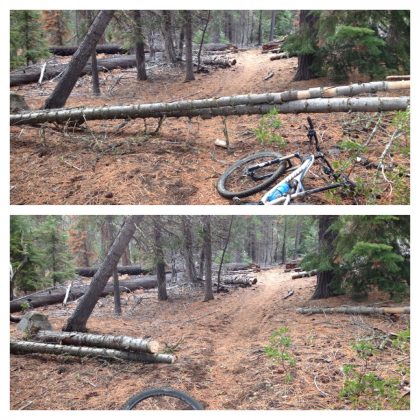 Good technique on these hand saws is also important. Your instinct will be to push and pull as you cut. Most of these hand saws are designed for only pulling and minimal pushing. As you can see in the photo above – I broke the tip off my saw (bad technique). Replacement blades can be purchased through Silky.

Here is a before/after photo of trees which were cleared off Tumalo Ridge. Funny to see the leaning tree on the left. It’s probably down by now! 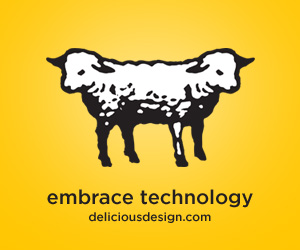 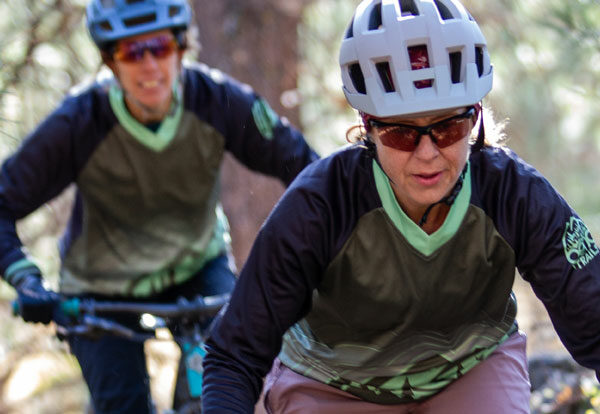 These long sleeve mountain bike jerseys by Cascade Armory are comfortable, stylish, and high-tech — perfect for our local riding conditions. 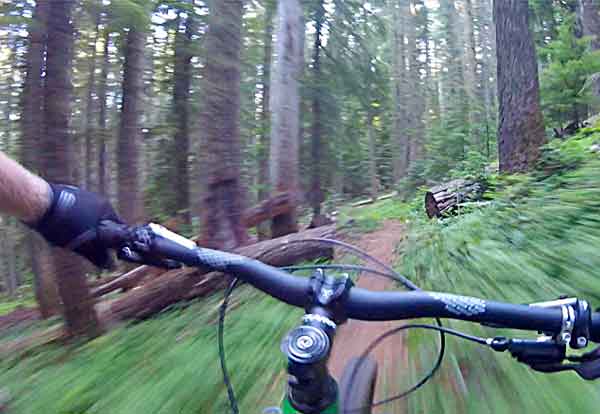 Go Until Your Equipment Gives Out

Meet the developers who built the BendTrails website UI/UX — they know how to blur the line between work and play.

©2023 MTB Trails LLC, All Rights Reserved
A Project of Sketchbook Inc. and Delicious