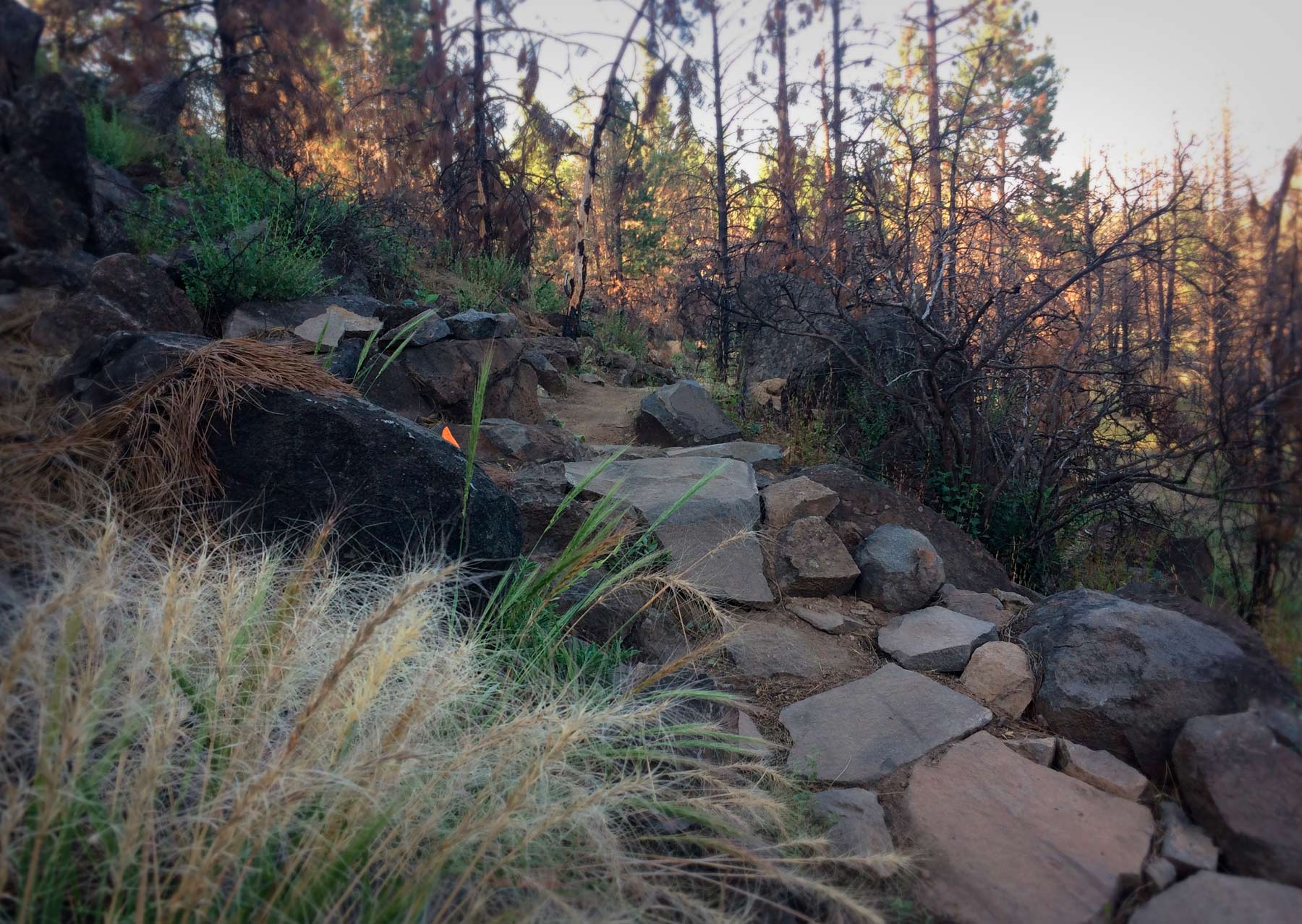 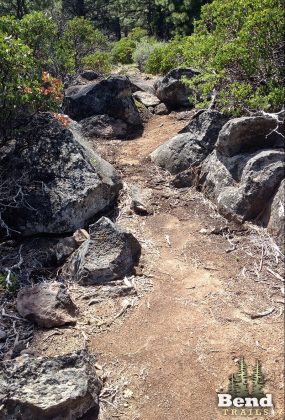 In the last year or more, COTA has been working on a new re-route for C.O.D.. This is due to the Forest Service Welcome Station which is going in on Century and Conklin Rd. The idea of the C.O.D. re-route is to convert the moderate or easy sections of C.O.D. into Welcome Station trails which are mainly green in difficulty so that people who are visiting can ride a fairly easy loop.

As such, C.O.D. is being re-routed in this area along a rock ridge which C.O.D. currently flirts with in a few sections. The goal is to make C.O.D. more consistently black diamond, with lots of natural rock features. Narrow, difficult, technical, and primitive were all words used to describe the type of trail this should be.

There is one new section that is open at present. It runs from the East end of ELV for about a half mile and spits you on a fire road about 50 yards below where the existing C.O.D. crosses the same road. This last section near the road will cross the existing C.O.D. at a diagonal at the intersection of the road (still in the approval process).

It’s been quite a challenge getting everyone on the same page with this trail. First, it’s been tough getting flags in the ground as the trail goes near 2 popular climbing/bouldering zones. COTA worked with the climbing community to finally approve some lines which both parties were comfortable with. Then there was a long hold on the project due to an archaeological site. At the same time there have been ongoing logging operations which COTA has to work around. And lastly there are the opinions of people within COTA who all have different views on how the trail should end up.

There have been lines removed by people for being “too exposed” or “too dangerous”, and go-arounds have been created along a few tough sections as well. All but one go-around has been removed at this point. The last go-around will stay per the forest service (FS) and the cliff area trail will stay as an option. The FS official stance is no go-arounds on this trail. There are some short options but they are generally more challenging than the standard line.

C.O.D. is a different kind of trail — by design, it’s not for everybody. Fairly low speed (averages speed of less than 10 MPH), tight corners, significant rock features you have to ride up and over. With lots of use of the natural rock in the area it’s been dubbed “Rockstacker” on Strava.

Check the hashtag #CODReroute on the web for more photos. 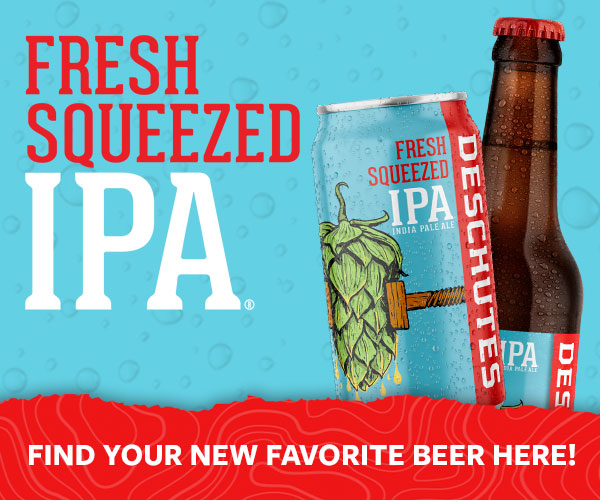 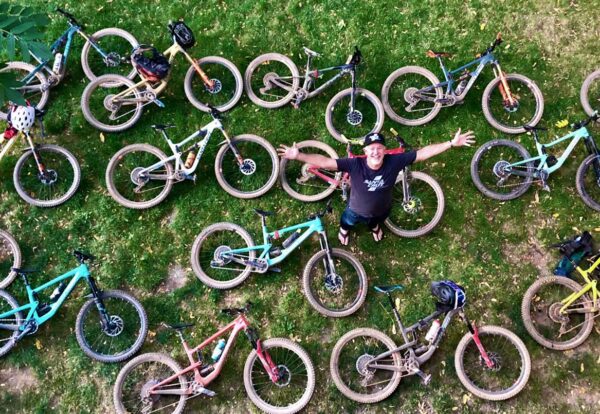 Mountain Bike Rentals Delivered to You

Ride 2 You delivers mountain bike rentals directly to your door in Bend, Sunriver and Sisters, Oregon. We have the largest fleet of bikes in Central Oregon and offer trailhead drop-off services as well. Ask about our eBikes too!