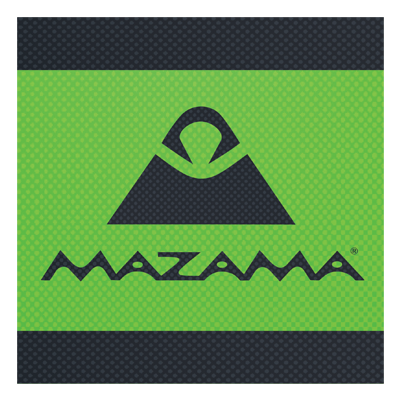 03.14.2022 per USFS: Trail is closed for thinning of trees and mastication and/or mowing of brush and small trees. Trail closures will be in place on Mondays beginning at 12:00 a.m. through Fridays until 3 p.m. Trails will be open to the public beginning Fridays at 3:01 p.m. through Sundays until 11:59 p.m. and all Federal holidays. Trail closures will remain in place until work is completed in the area. The public will be notified when the trails reopen.

E-bikes NOT allowed on Helipad

Helipad is a steep and technical trail that brings you to the top of a ridge with an opening in the tree cover that looks somewhat like a helicopter pad. There is an H made of rocks that someone placed at the top that is a favorite photo backdrop for visitors.

The trail was designed by Paul Thomasberg, and is known for being one of the steepest climbs close to town. Originally the trail was called Paul’s Trail, but most people call it Helipad. It’s official name changed recently to Phil’s trail, so it’s officially Upper Phil’s. We chose to list it as a separate trail due to the trail being so much more difficult than the rest of Phil’s.

The trail has many technical obstacles including lava rock, loose rocky pitches, roots and brutal climbs.  There are at least 3 false summits on the trail. Just when you think you made it to the top you find yourself at another climb! The last steep pitch sends you straight up a bouldery “Crack” with a tough rock step-up start followed by some tight corners. Don’t sweat it if you have to walk this section (95% of riders do). Helipad has been more of a climbing trail in the past, but it’s one of the more exciting technical downhill trails near town. Just be mindful of climbers as you descend as sight lines are not very open in many spots. 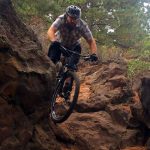 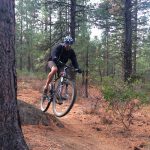 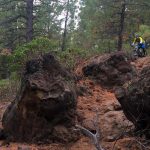 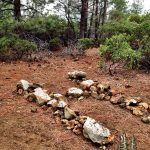 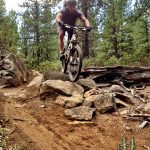 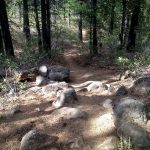 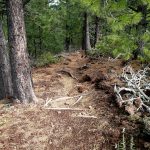 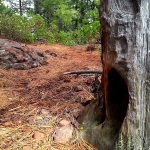 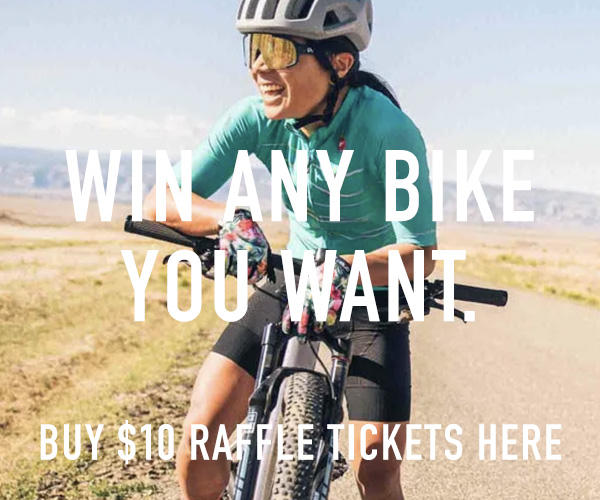